Home / Uncategorized / Organisational Development and Liverpool FC: Is Klopp’s Leadership to Blame for This Season? 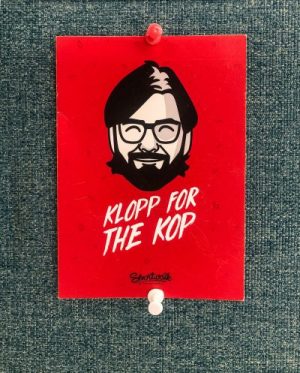 Organisational Development and Liverpool FC: Is Klopp’s Leadership to Blame for This Season?

Your business’s Organisational Development (OD) is a system. Winning and maintaining success take the effort of your whole organisation.

Despite this, when things aren’t going to plan, so many business owners think there’s a magic wand that’ll solve all their problems.

They know there’s more than one problem, yet still expect there to be one ‘fix’.

This isn’t the case. And Liverpool FC are a great example of this.

So where do the faults lie? And how can Klopp fix things? That’s what we’ll look at now. 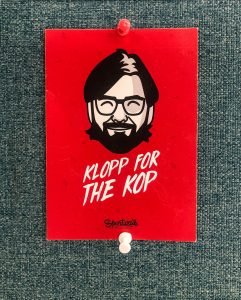 Think back to two seasons ago when Liverpool lost 3-0 to Barcelona in the first leg of The Champion’s League semi-final at the Nou Camp. In the second leg at Anfield, going through to the final seemed unlikely.

Klopp knew everything would have to be right that night if they were to win. He spoke to Carl Lancaster, a mentor at Liverpool’s academy, and told him Barcelona switched off and complained every time a set-piece was awarded against them. For this reason, the ball boys’ delivery to the Liverpool players should be lightning-fast in the hope of catching Barcelona off-guard.

If you watched the game, you’ll know that’s exactly what happened in the 78th minute when ball boy Oakley Cannonier’s quick delivery, Trent Alexander Arnold’s quick thinking, and Divock Origi’s fantastic finish caught Barcelona with their pants down and sent Liverpool through to the final (which they won).

Klopp knew the overall system was more important than any individual parts. And it’s something all successful business owners recognise too.

Has Klopp neglected this? Has he lost the passion I once praised him for? I’d argue he has.

Aside from Klopp’s leadership, there are other factors at play – which we’ll look at now. Starting with the obvious.

Like with businesses, covid has affected football teams differently.

Fans are part of the overall system. It’s why it’s notoriously hard to beat certain teams at home (like Liverpool).

Take the Merseyside derby, for example. A bitter rivalry even non-football fans will be aware of. Everton hadn’t won at Anfield (Liverpool’s ground) in over ten years before recently.

Did the absence of fans play a part? I’d say absolutely.

It’s why they’re referred to as the 12th man.

He’s a great footballer, but he doesn’t fit Liverpool’s ‘heavy metal’ style of football. And remember, the overall system is more important than the individual parts.

You see, Klopp’s teams work when they’re underdogs. Their passion and work-rate mean they give 100% every single minute of the game.

And with a career spanning Bayern Munich, Barcelona and Spain’s national team, Thiago hasn’t been an underdog for a long time.

Running box-to-box isn’t his game, either. He prefers to sit in the middle of the pitch and control the game from there.

Liverpool’s power is in their blistering pace, counter attacks and quick thinking (like The Champion’s League semi-final). This isn’t how Thiago plays.

If we look at the Tuckman model, it shows the stages of team development and the impact on performance; Forming, Storming, Norming, then Performing:

Forming – the new team is excited to be part of the team and eager to work together.

Storming – the new team discovers they can’t live up to their earlier excitement.

Norming – the team begins to find some middle ground between their excitement and expectations.

Performing – the team makes major progress towards their goals.

Every new team goes through these phases. With the addition of Thiago, Liverpool are in the storming stage.

The mistake businesses often make is assuming competent individuals are always effective in a team. What you’ll find is, sometimes they need to re-learn how to work together.

And this is another example of why your system is more important than your individual parts. 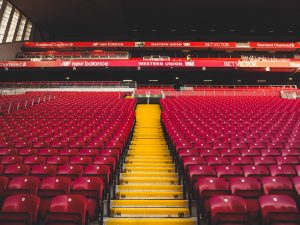 He’s an inspiration on the field. And losing him so early in the season must have been devastating to Klopp.

This is why the mindset of your leadership and team is so important. Plus, it demonstrates how essential it is to be agile.

Losing one man, or one ‘part’ in the system, shouldn’t have such a devastating impact.

But for Klopp, it has.

The sum is greater than the parts. Similar to the situation with Thiago, one cog in the machine shouldn’t affect the overall system too much. 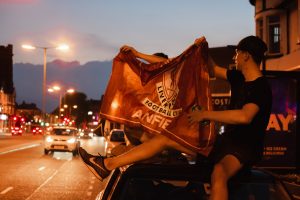 People come after you when you’re out in front.

You’ve got more attention on you than you’ve ever had before.

You’re the one to beat so people will spend longer analysing your faults so they can exploit them.

This is why you need to keep learning, adapting and changing as a business if you’re to stay ahead.

It’s easy for people to try and replicate the success you have. It’s more difficult to try and guess where you’re going.

At the same time, you can’t underestimate your competition. Not even Salah can dribble past ten opposition players. So has arrogance crept into the Liverpool system?

When they played West Brom recently, at 1-0 up they left themselves open at the back while they tried to extend their lead for glory.

If Klopp had changed strategy and responded to the situation without arrogance, Liverpool would’ve had a chance of winning.

But it’s hard not to fall into this false sense of security with your business. Even if you don’t believe it, you need to pretend your competition are as good as you.

If you allow yourself to be complacent, you’ll slow your business growth.

And in business, nothing stands still. Things either get bigger or smaller, better or worse and move forwards or backwards.

When you’re on top, you’re ahead. But don’t forget everyone’s coming after you.

Chelsea beat Liverpool at Anfield for the first time since 2014 on the 4th March and this was partly down to Liverpool’s weak midfield.

You often give your middle managers the position because they’re good at the job, but this doesn’t mean they’ve got the managerial skills or experience to do the role effectively.

They need to be taught these skills.

It can be overwhelming to tackle all of the issues we’ve looked at, so start with these diagnostic models. They’ll help you prioritise where to start.

Before starting a project with a client, I always do some form of a diagnosis. And perhaps Liverpool should do the same.

I use models such as:

I select the diagnosis tool which best fits my client’s company culture. You need to take a ‘snapshot’ of the whole system to analyse everything and determine priorities.

I used to be sniffy about models, but they do provide a great framework.

Look at SWOT, for example. We’re all familiar with it for a reason: it works.

While we all have a SWOT analysis and business plan tucked away in a bottom drawer somewhere, it served as a starting point, didn’t it? It’s a diagnosis tool helpful at the beginning.

Maybe it would best serve Liverpool to go back to basics. They’re a new team this year, so it would be beneficial.

What can you learn from this?

Stuart Mason has an interesting take on the formula for success:

The key, for me, is learning.

Standing still means getting left behind.

No matter what stage you’re at in your business, you must stay agile. And the way to stay agile is to keep moving.

You can’t get bogged down musing over marginal gains. They all add up. You must look at the whole system – which is exactly what an Organisation Development consultant can help you do.

So I’ll leave you with this: be agile and remember the sum of the team is greater than individual egos.

And if there’s not one problem, there can’t be one solution.

To read more of my articles, see here: